With the overwhelming majority of businesses in the UK classed as SMEs – 99.9 per cent – it will be crucial that they play their part in meeting the government’s 2050 net zero emissions targets.

Installing solar panels is one route to reducing emissions and even recouping a bit of extra cash through lower energy bills. But for those unfamiliar with the installation options and steps involved, the prospect can seem daunting.

Simon Nicholls (main image, above), managing director of UK renewable energy developer Olympus Power, shines some light on common questions that may be holding businesses back.

How much does it cost and what are potential savings to my electricity bill?

The bad news is that the government’s feed-in tariff (FiT) scheme closed to new applicants in March 2019. The good news is the cost of solar panels has fallen so much that the payback is even better than what it was when the scheme was in place, according to Nicholls. 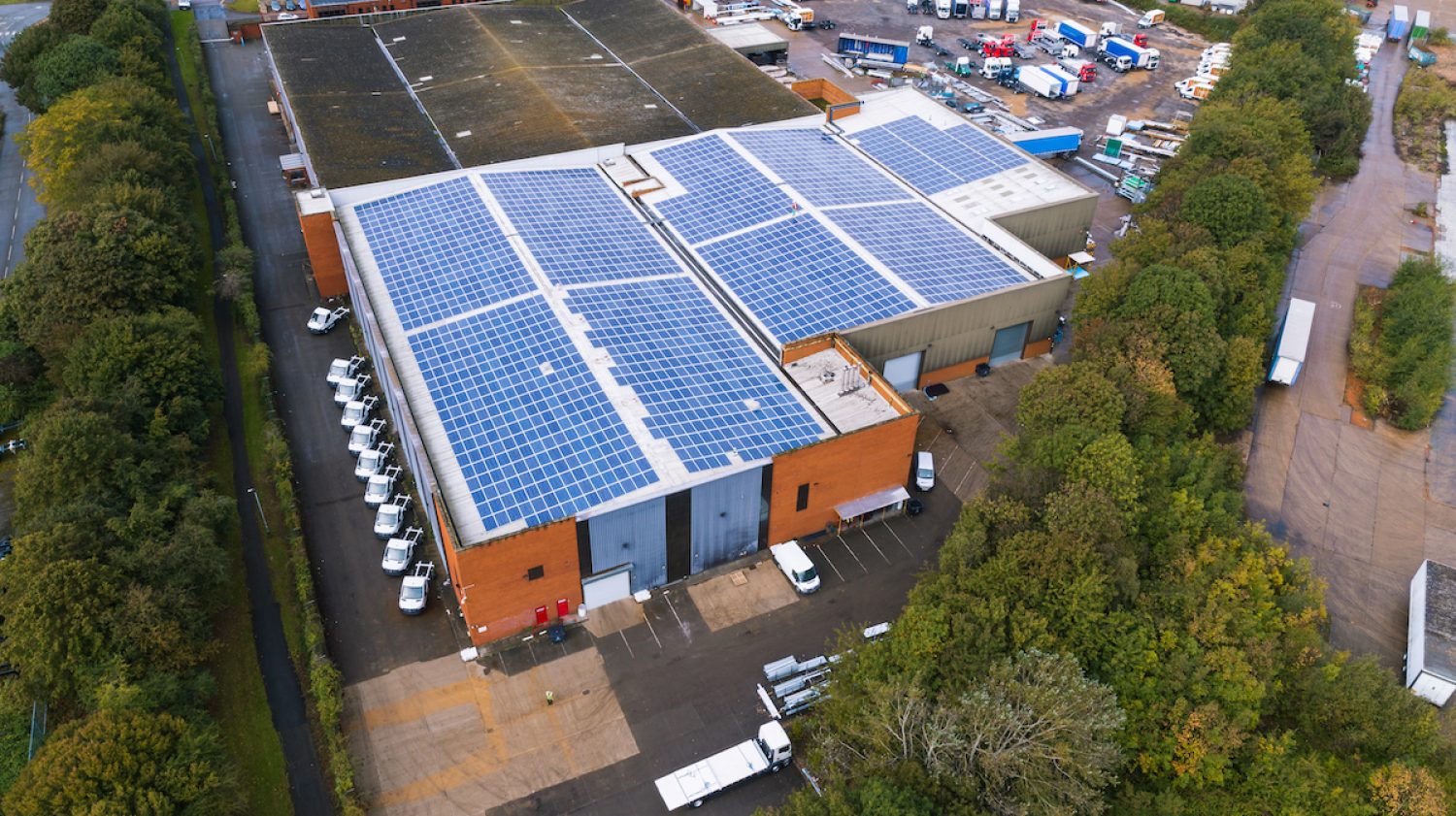 The FiT scheme paid out two types of tariffs, one for generation and one for export of extra renewable energy produced on your premises. The favourable rates meant that it would take five and a half to six years to recoup the costs of purchase and installation, explains Nicholls.

Now, under the government’s replacement scheme, the Smart Export Guarantee, which began in January 2020, businesses can continue to sell renewable energy back to the grid but the ‘generation’ tariff is not included. However, with solar panels being so reasonable, this is by the by. “The payback now is five years. So it’s actually better than it was at the peak of the feed-in tariffs,” says Nicholls.

Keep in mind, however, that these estimates are generally applicable to businesses that invest in a large solar panel installation. Olympus Power deals with a lot of SMEs with medium to large warehouses. In terms of ballpark figures, a 20,000 sq ft warehouse will accommodate approximately 300kWp worth of panels at a cost of about GBP200,000 and a 50,000 sq ft warehouse will allow 1MWp to be installed at a cost of GBP625,000. Installations of this size or below do not need planning permission to go ahead.

An alternative to buying your own panels up front is to go with Olympus’ ‘purchase power agreement’ (PPA) model. In this setup, Olympus pays for and owns everything, including the electricity generated, so to speak. They then sell the power back to the business, over a 15-30 year contract period. According to Nicholls, an SME with about 1MWp of solar installed could then expect to see between GBP35,000-GBP60,000 in savings off their electricity bill per year.

Such fully funded solar installations are proving a popular option. With financial backing from renewable energy investment company, Thrive Renewables, Olympus has up to GBP75m to carry out these PPAs, and the company is busier than it’s ever been.

For smaller premises, Nicholls says the economics aren’t quite the same, with purchase and installation tending to be self-funded rather than through a PPA. But: “even a few panels on a tiny unit is going to make a difference.” And with the cost of panels so much lower than they used to be – about GBP100, what you might pay for a posh mirror from a shop, he says – initial outlay should be fairly manageable. Do keep in mind installation and maintenance fees, however. 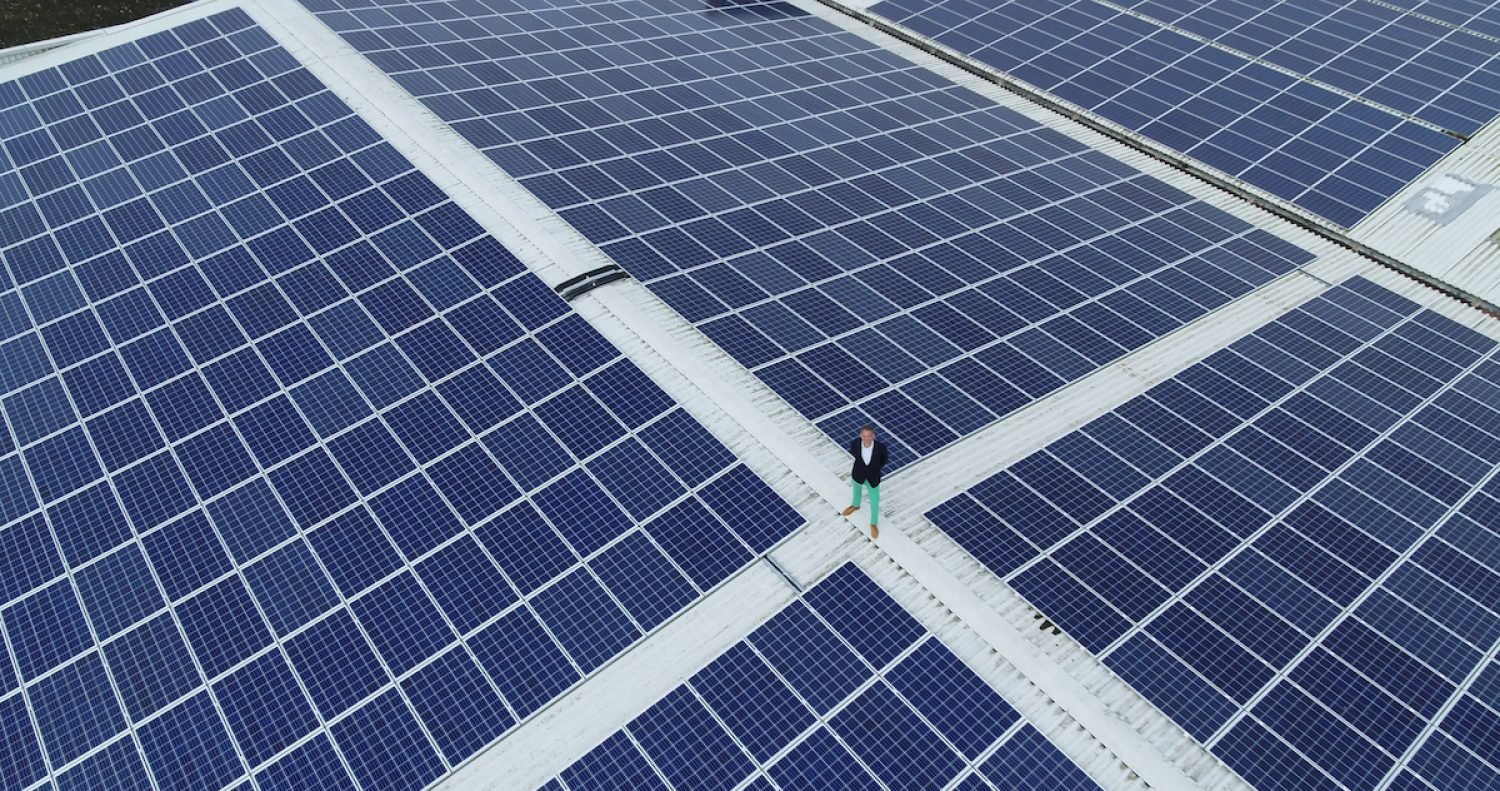 An alternative to buying your own panels up front is to go with Olympus’ ‘purchase power agreement’ model. Image: Olympus Power

Does your roof need to face south?

Not at all, says Nicholls. “If the business has an east-west roof, that’s actually better for them than a south roof in terms of getting sunlight for more hours of the day.” A south-facing roof will get higher energy yield, he explains, but an east-west roof will be exposed for longer. “The modern panels are so good that we’re now putting them on the north as well as south ridges of a roof.” Solar companies will use software to determine the best spot and angle for maximum energy yield.

And here’s a fun fact. Contrary to popular belief, the UK’s weather is actually not so bad for solar. The reason being, panels become less efficient if temperatures reach 30C and above. “They work optimally at 24C degrees,” says Nicholls. “So while the English climate isn’t as sunny as some of the hot countries, because it’s cooler, you get some good efficiency out of the panels.”

Sign up to hear from Thrive Renewables about its latest renewable energy projects, news and events

Are there any other benefits?

Businesses that have sustainability and emissions targets will be looking at all areas of the business, from the supply chain to logistics and everything in between. “If you use a lot of electricity, and you have a big roof or a lot of land, then solar is a good place to start in tackling those bigger targets,” says Nicholls. Not least for the visual signal it sends to customers and employees. “If you look at it from the perspective of recruitment, a lot of millennials are asking, ‘what are you doing to save the world?’ You can then point to this very visual message and say we’ve done this as part of our overall sustainability programme.”

He also points to the ever-increasing scrutiny that businesses are under, to meet targets and contribute to a cleaner and greener world. “There are suppliers out there that claim to be green, when really what they’re doing is buying something called REGOs: renewable energy guarantee of origin certificates. “It’s therefore worth checking the small print to verify that your electricity supplier is buying direct from wind and solar projects. On the other hand, generating your own electricity on-site, he argues, is a clear sign that you’re a business that’s genuinely taking action.

“It’s a very powerful way of proving your green credentials.”

Interested in solar for your business but unsure where to start? An expert answers some common questions
The post Bright idea: how small businesses can benefit from installing solar panels appeared first on Positive News.Read MoreFeedzy